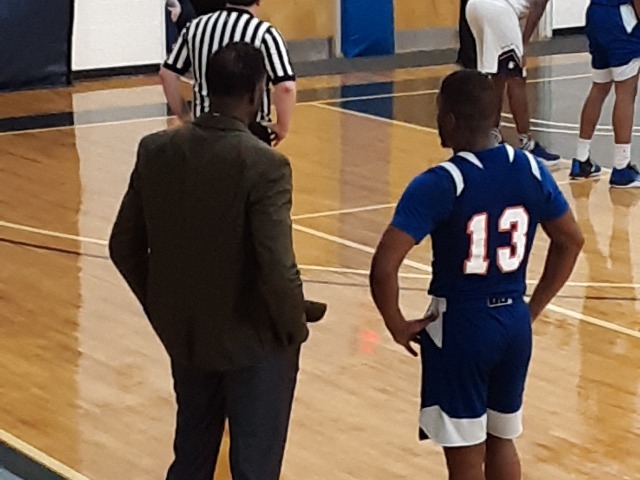 Blue Lights College trailed by 14 points at halftime to Trinity College (FL), then staged a furious comeback to force not one, but two overtime periods before succumbing to the Tigers 83-81 to finish fourth on Saturday in the Bible College National Invitational Tournament.

The Tigers' big man Malik Robertson almost single-handedly held BLC at bay in the first half, scoring 21 points in nearly every possible way. But second half adjustments by the Lights contained the 6'5" handful enough to fuel the comeback. Zachary Haney's layup with 5:45 to play finally tied the game at 67-67, and it was game on right until the 3rd buzzer.

Blue Lights claimed its first lead of the game when sophomore forward Jorge Garcia hit a trey to put the Thoroughbreds up 74-71 with 3:51 to play in the first extra period, but the lead would not hold as an Eliseo Sanchez bucket put the Tigers back on top by four at the :40 mark. Two Haney free throws, followed by a Richard Campbell layup with one second to play, send the game into a second OT.

It was Haney who again propelled BLC into the lead with a basket with 2:45 to go, 81-79. But the Thoroughbreds would not score again while allowing a Sanchez layup and two Robertson free throws in the final 28 seconds to finally put a nail in it.

The loss followed an equally disappointing shortfall to eventual NIT champ Davis College in the semifinals, 80-76.

Campbell and Mike Maxwell led the Thoroughbreds' scoring with 18 points each, with Dominique Hunter adding 14 and Garcia 12.

"I am so proud of the effort of every player," said Athletic Director Mike Davis. "Their showing this weekend really made a statement. The other teams now know who Blue Lights College is, and they won't soon forget us. But I'm most proud of how we conducted ourselves on a national stage. Each of these young men really represented Blue Lights well. I couldn't be prouder of them."