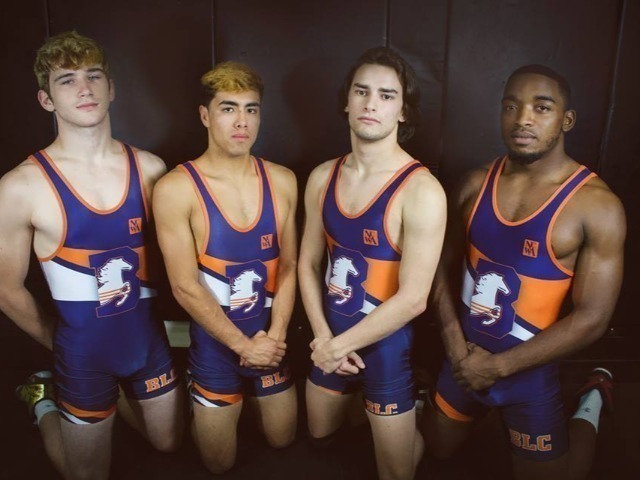 It's not often that a first-year program in any sport is expected to excel. Rather, the best that is hoped for is a few victories here and there, establish key relationships, lay a foundation for the seasons to come.

So for the inaugural wrestling squad at tiny Blue Lights College to qualify two athletes for a national tournament and come within a match of claiming an All-American sets a high bar for the teams to come.

"I'm very proud of the inaugural wrestling season we had at Blue Lights College," said head coach Blake Risk. "As a first year program we definitely had our ups and downs through out the season. But we had two extremely dedicated student-athletes rise up and make school history as the school's first national qualifiers. Logan Perentis and Khalic Everett both defied all odds as true freshman."

That's an understatement. Perentis, wrestling in the 133 lb. class, finished third in the Mid-Atlantic Conference, universally regarded as the toughest NCWA wrestling conference in America. Wrestling at 285, Everett finished 6th in the conference, then came within one fall of moving into the nationals medal round and claiming All-American honors.

"Not only did they qualify for the NCWA National Wrestling Tournament but were able to win a lot of matches and almost place as All-Americans," added Risk. "As a coach, I'm very proud of their efforts and willingness not to give up."

The schedule was not peppered with patsies, either. BLC consistently faced the best athletes from schools like NC State, East Carolina, Florida A&M, and conference powerhouses Liberty and Apprentice. That rogues' gallery of opponents isn't likely to get any easier moving forward, but Risk isn't worried.

"I'm very excited for the future of the Blue Lights College wrestling team. With the experience of this year's team, we will look to reload and qualify even more wrestlers next season!"

A high bar indeed, but one which followers of BLC wrestling are confident future Thoroughbreds will exceed, and soon.