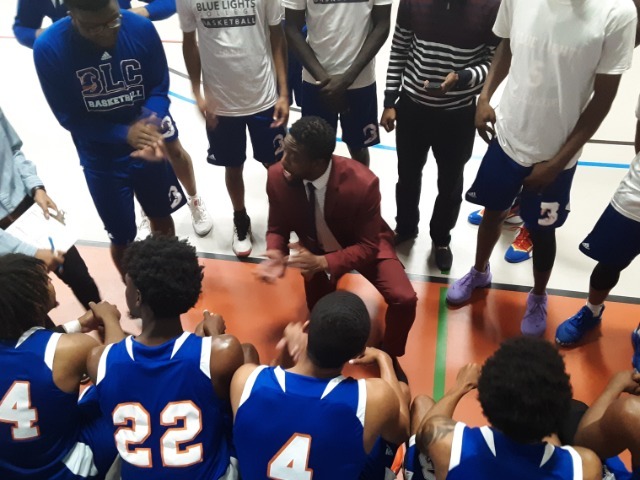 WBB DROPS A HEARTBREAKER WHILE MBB BOUNCES BACK

Blue Lights College came away with a split decision on Thursday night at Appalachian Bible College.

The Lady Thoroughbreds (1-3) fell behind by 15 early in their game, then fought back to take a three point lead in the final minutes, only to fall 50-49. Madison Jordan led all scorers with 22 points on 9-of-14 shooting.

Likewise, the men's team got off to their not-unusual slow start, but pulled away in the second half to take a 106-90 victory. Kenny Anderson, Jr. had a game- and season-high of 27 points, including 7-of-11 from the arc as the Herd improved to 3-4.

The next women's game is at Virginia University of Lynchburg on December 3. The men travel to Newport News, Virginia next Tuesday to face American National.