HERD ROARS BACK IN SECOND HALF FOR WIN 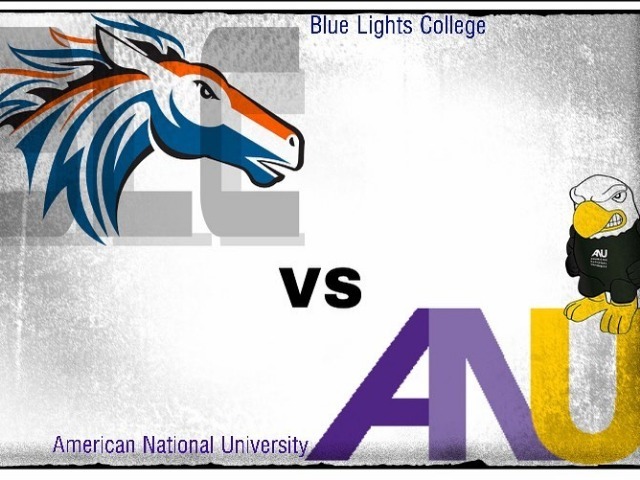 The outlook wasn't brilliant for the Mudville nine that day... So begins the iconic ode to baseball, and it could have been applied to the Blue Lights five on Tuesday night as well. The Thoroughbreds men's basketball team opened abysmally at American National, trailing by as many as 27 points in the first half, before hitting a few timely second half home runs, so to speak, to storm back and defeat the Eagles 96-83 in Newport News, Virginia.

That all changed after halftime.

Both the Thoroughbred offensive and defensive efforts redoubled. The Herd roared out of the gates, exploding for 61 second half points, improving their shooting to 48%, and holding American National to just 19 shots from the field and 1-7 (14%) from long range.

Devon Allicott led a balanced scoring effort that saw six Thoroughbreds in double figures. He almost had his second double-double of the season, hauling in nine rebounds.

Keith Stagg of ANU led all scorers with 20.

BLC is back in action after the Thanksgiving holiday traveling to Apprentice on Sunday, December 1.