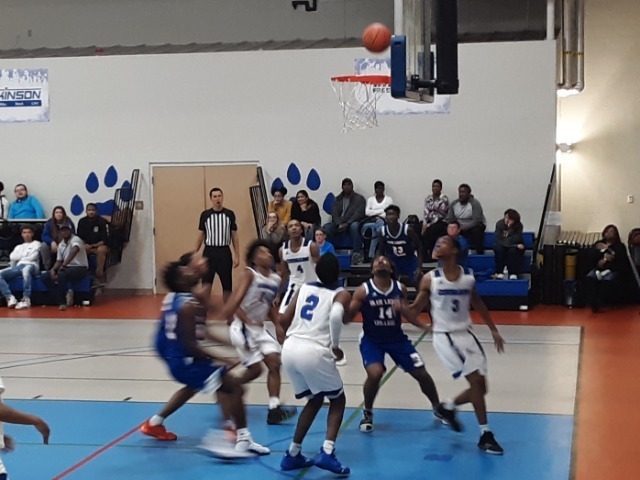 Blue Lights College solved the "slow start" problem that had plagued it throughout the first month of the season, but a flurry of second-half turnovers found the Herd on the short end of an 82-75 score at Apprentice Sunday afternoon in Newport News, Virginia.

The Thoroughbreds (4-5) jumped out in front early, leading by as many as six midway through the first half and holding a 43-39 advantage at halftime. But the Builders (3-2), ranked 9th in the latest USCAA poll, turned up the defensive effort in the decisive second period, forcing 16 turnovers and converting many of them into points, outscoring BLC 43-32 to claim their second win over the Herd in the month of November.

Anthony "Ant" Hill Jr. tallied a double-double with 15 points and 13 rebounds. Darian Williams contributed 14 points, and Chance Jamison added 12 in a game where all 10 Thoroughbreds who played also scored.

Tuesday's game a VUL has been postponed. Watch here and the BLC social media streams for an announcement for when it is rescheduled.

The next game for BLC is next Tuesday, December 10 at Carolina Christian College in Winston-Salem.