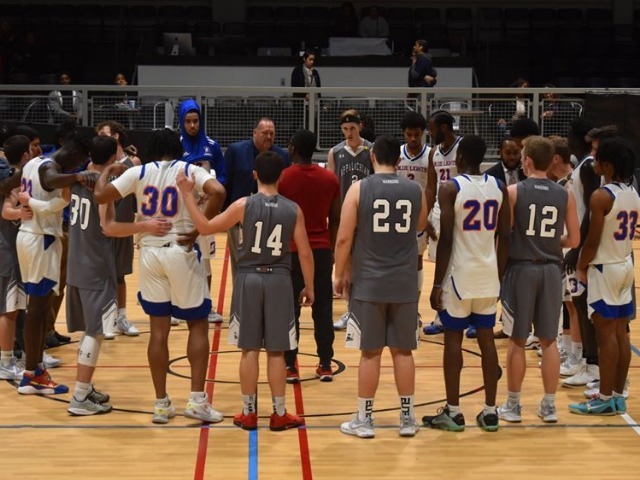 The Thoroughbreds jumped out early and led the entire way, up by 13 at the break. But coach Mario Pharr was not happy with his team's execution and encouraged them to get back to the game plan in the second half.

The Herd responded with crisper passing, tenacious defense, and an invigorated fast break that put any thoughts of a Warrior comeback to rest.

BLC was led by Kenny Anderson, Jr.'s 22 points, all coming in the first half. Vic Ngong and JB Ezzell-Upchurch each added 12, and Devon Allicott had 10 in a game where every Thoroughbred that dressed got into the scoring column. Jonathan Brooks led ABC with 20.

Blue Lights has won five of its last six games to improve to 9-9 on the season heading into the toughest part of it schedule. During the month of February, the Herd has five games against teams ranked in the top five in the nation, plus the Small College National Invitational Tournament outside Chicago. They travel to Hialeah, Florida this weekend for a pair of games with number 3 Florida National.