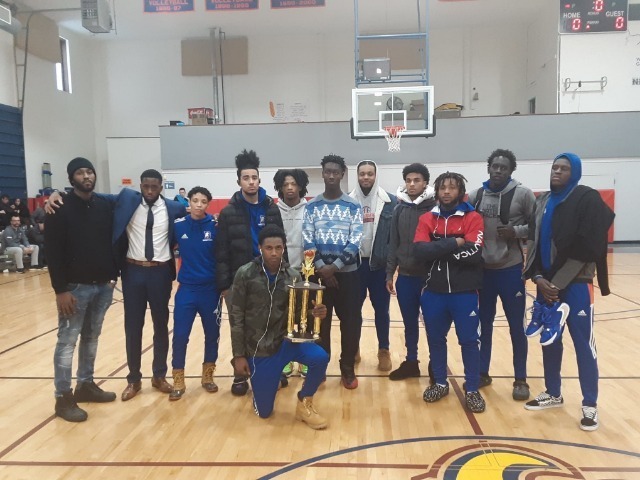 It seems a bit of a rivalry is developing between Blue Lights College and Trinity College of Florida, as the two teams have met in hotly-contested games two years running at the Bible College National Invitational Tournament. Unfortunately for the Thoroughbreds, both times have resulted in a loss, the most recent a 84-76 score to the Tigers Saturday afternoon in the 2020 championship game in Lake Zurich, Illinois.

The Tigers seemed energized and motivated at game time whereas BLC came out flat, allowing Trinity to score the game's first eight points in rapid succession. The Herd fell behind by as many as 13 points before rallying to take its first lead 31-30 on a Chance Jamison layup with 4:26 remaining in the half. But it would be short-lived. Trinity went on a 12-3 run to end the half and to take a 42-34 at the break.

BLC (10-13) would get as close as three in the second half but could not close the deal as the top-seeded Tigers pulled away for the final score.

Kenny Anderson, Jr. and Jawan Browder were both selected to the NIT All-Tournament team.